Low-orbit satellites are lighter in weight and lower in orbit than medium-high orbit satellites, and can be launched by a multi-satellite method. The cost of satellite R&D and rocket launch is lower.

(2) The intensity of the landing signal is higher, which can improve the positioning effect under occlusion conditions and increase the usability.

The geometric configuration of the medium and high orbit satellite constellation changes slowly, and the correlation between observation equations between adjacent epochs is too strong. Therefore, it takes a long time to estimate and separate various errors when estimating the positioning parameters, and then the carrier phase is fixed Ambiguity and precise positioning. Therefore, the convergence time of traditional high-precision positioning is generally 15 minutes to 30 minutes. 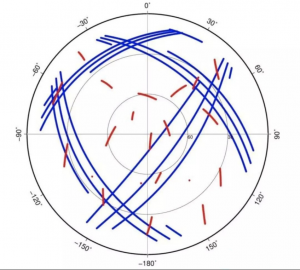 As the power of the ground signal increases, the low-orbit enhanced signal can carry a higher information rate or a larger signal bandwidth, and serves as a broadcasting channel for basic satellite navigation messages and differential correction messages.

(5) Miniaturization, integration, low power consumption of the terminal, easy for users to use

The enhancement of low-orbit enhanced signal power is conducive to the use of smaller terminal equipment by ground users; at the same time, for communication use, ground users can be normally received by low-orbit satellites with smaller signal power.

Compared with the ground monitoring network, the observation of low-orbit satellites on navigation signals has the characteristics of being less affected by the ionosphere and troposphere, the tracking arc length is longer, the coverage is more, and the multipath effect is less affected. As a high-precision space-based monitoring station for GNSS, low-orbit satellites can greatly improve the observation geometry, weaken the correlation between tangential orbit and phase ambiguity, improve the accuracy of orbit and clock difference of navigation satellites, and effectively make up for the space coverage of ground-based monitoring networks. On the shortcomings to achieve high-quality global monitoring.

(2) Can effectively improve the accuracy of satellite orbit determination 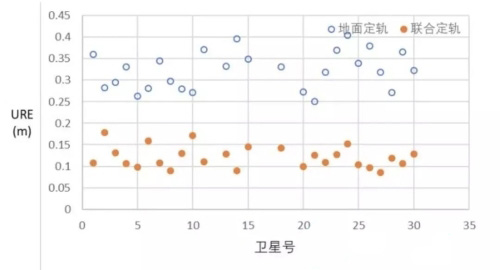 In recent years, with the increasing demand for high-precision applications in the industry and the general public, European Galileo, Japanese QZSS and Chinese Beidou also have embedded design and provide PPP services in satellite navigation systems. Galileo provides free PPP services based on E6B signals, with a broadcast rate of 500bps. It enhances the GPS and Galileo systems to achieve decimeter-level positioning. QZSS precision positioning is divided into two types of sub-meter enhanced services (SLAS) and centimeter-level enhanced services (CLAS), both of which are free services provided by L1 and L6 signals, of which the CLAS service broadcast rate reaches 2000bps, which can simultaneously Five systems, GNSS and QZSS, were enhanced. The BeiDou system in China uses GEO satellites to provide high-precision positioning free services to users in China and surrounding areas. The broadcast frequency is B2b and the rate is 500bps. Real-time decimeter-level and post-centimeter-level positioning is achieved.

(2) The accuracy enhancement of low-orbit satellites has fast convergence characteristics, which can improve the high-precision user experience

At present, the PPP service provided by GNSS through medium or high orbit satellites, due to its slow orbital change, usually takes 15 to 30 minutes to converge. Although Japan’s QZSS system uses PPP-RTK technology to reduce the convergence time of PPP services to less than one minute, it needs a large number of highly dense ground monitoring stations, and thousands of monitoring stations need to be built within the territory of Japan alone. Low-orbit satellites have global GNSS high-precision monitoring capabilities, and have large geometric changes, making it easy for high-precision positioning to quickly converge. Relevant research shows that the convergence time of PPP service of satellite navigation system can be shortened to less than 1 minute after the integration of low-orbit satellite constellation, and users can obtain high-precision services quasi-real time.

Integrity service refers to timely alerting users when navigation satellites fail and risk to improve the user’s ability to use safety. It is especially important for civil aviation and other users involved in life safety.

Through the GNSS global space-based monitoring network of low-orbit constellations, space-based monitoring of the integrity of navigation satellites can be achieved, and the orbital characteristics of low-orbit constellations are protected from ionospheric and tropospheric influences, and multipath effects are also smaller than on the ground. Can improve the ability to monitor the integrity of navigation satellites.

In the future, the user’s demand for SBAS services will not only be satisfied regionally, but will expand globally. The global coverage characteristics of LEO constellations make it naturally capable of broadcasting global integrity services.